The oldest building on the oldest street in Gunnersbury.

Wellesley Road according to various sources follows the route of the Roman Road from the City, through Notting Hill, Shepherds Bush and crosses Acton Green from Bath Road towards an area north of Kew Bridge and continues into Brentford and beyond to the West.

It is thought likely that the Romans may have adopted a pre-existing thoroughfare and contrary to popular belief Roman Roads were not always straight or wide. The Roman Road dates from approximately AD 50 and was about 25 feet wide.

In later centuries the road became known as Turnham Green Lane and ran from north of Kew Bridge towards Hammersmith. The route went along Heathfield Terrace, the Barley Mow passage, behind rows of shops eventually merged with King Street.

In the Civil War Royalist troops gathered here before the Battle of Turnham Green in 1642. It was the closest they ever came to entering London and although the battle was something of a stalemate it can be seen as a pivotal confrontation in the conflict.

In 1696 an incident of some significance was intended to take place on this road. It was the last attempt to restore a Roman Catholic to the throne. A group of Jacobite activists planned to assassinate William III who regularly returned from hunting in Richmond Park by the same route crossing the river by ferry in the area where Kew Bridge was later built. The road that is now Wellesley Road was selected as the place of the intended murder as at that time it was a rough narrow track that a Coach drawn by six horses would have little chance to manoeuver successfully and escape. The conspiracy was thwarted shortly before the proposed date; whilst several conspirators were tried and executed, others were simply detained in the Newgate prison without trial.

Le Rocques’ Map of 1746 refers to the Road as Turnham Green Lane. In the 19th Century several years after the Battle of Waterloo the street was renamed after one of the victors of that battle, Arthur Wellesley, Duke of Wellington.

The Tithe map of 1847, shows plots of land to the North and South of Wellesley Road that were owned by Adam Askew. The area was covered with market gardens. Louisa Dancer, the daughter of an established family of market gardeners, rented several plots stretching from Wellesley Road to an area beyond the A 4. One narrow plot ran along either side of the Stamford Brook West where she cultivated osiers, for basket making. The line of that stream is reflected in the irregular back garden boundary line between houses in Oxford Gardens and Oxford Road South.

Louisa Dancer’s remaining plots were given over to market gardening. Her main plot was to the west of Harvard Road and south of Wellesley Road. In the mid 19th century she built a single storey structure, which was used as a stable. At this time she was living in the hamlet of Little Sutton (lower end of Sutton Road North).

In the 19th century the Road was described as a rough cart track and a right of way for pedestrians. It became the regular route from the market gardens of Middlesex to Covent Garden. The road would be busy late at night and in the early hours of the morning. The users of this route avoided the toll charges made for the use of Chiswick High Road. The tollgate was situated where the BSI building (Chiswick Tower) now stands till the abolition of tolls in 1872.

In the 1860s, the builder William John Tomlinson became involved in the development of housing in this area. In 1869, Brentford Road Station was built serving the railway connecting Richmond to the City. Oxford Terrace was built in that year (now known as 44- 54 Wellesley Road). 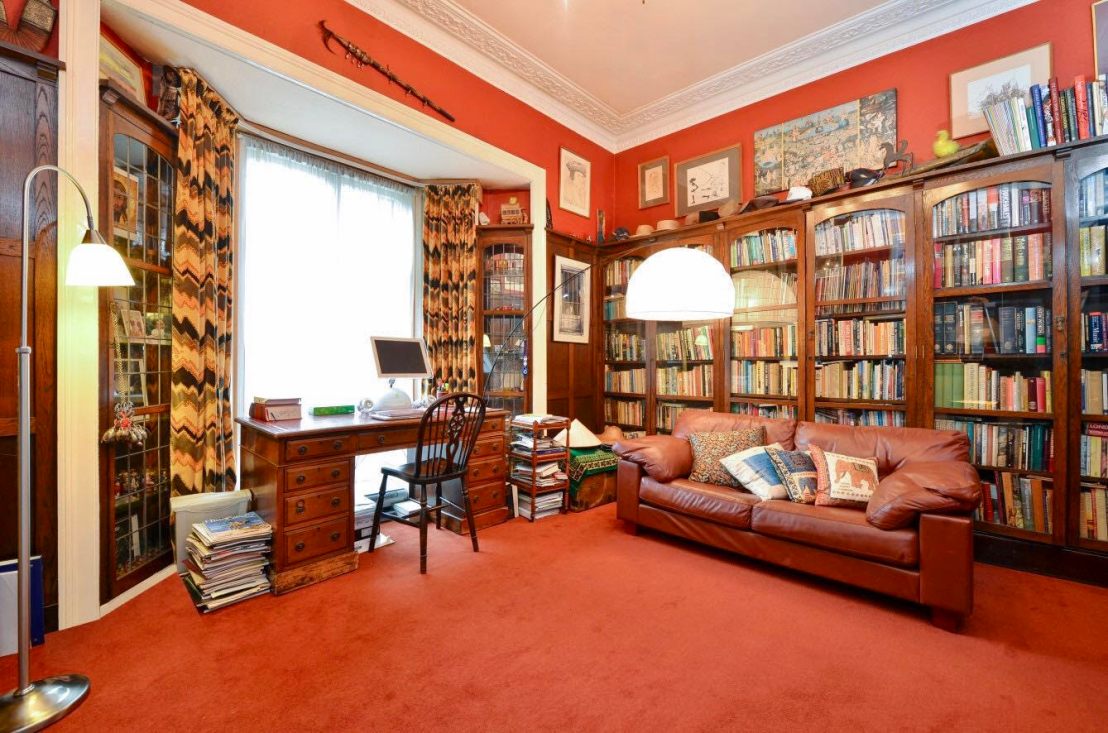 The property now identified as number 38 has been known by various names. When stood alone it was simply stables, then it became 3 Gunnersbury Villas, in 1877 it is referred to as Wydcombe Cottage and within the last 50 years local residents have referred to it as the Farm House or Gunnersbury Villa. In the early 1920s, it and the neighbouring row of houses were purchased by the Chiswick Urban District Council and in 1923 they all lost 14 feet of their front gardens when both the road and the railway bridge were widened.

During the 19th Century, there had been 3 gates or bars across this narrow road, one was at London Stile at the west end of the road, one further along towards the railway and the final bar across the road was outside number 38. The remaining post in relation to that gate was removed with the widening of the road together with a stone marker indicating the north easterly end of this stretch of land developed by William John Tomlinson.

Between the two World Wars the houses went back into private ownership with the sale of their freeholds. At about this time the panelling of a library and the addition of a bay window and porch softened the appearance of the stable, although some traces of it’s earlier history remain.